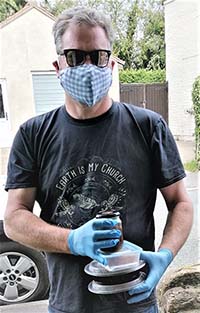 Once a month since the last days of the old Village Hall, the Orchard Village Club has met to share a meal. Most of our members are the people who were "self-isolating" before COVID 19 made it compulsory.

Now that this horrible virus has plunged the whole world into turmoil the community service philosophy of Husthwaite's OVC has come into its own. A new generation of helpers has stepped forward and we old timers - the over 70s and the so-called "vulnerable" ones - are being richly rewarded. The Coltons, the Watts and the Hollinrakes are leading a support service.

"With the OVC, as with Primetime," says Robin Walton, "we have always taken opportunities for intergenerational involvement. Here we see it happening excitingly well. Grandparents in all three families are OVC members, and the parents have involved the younger generation."

Here's a bit from a thank you note from Marta, formerly a long-term Husthwaite resident, now an OVC member living in Easingwold: "You have no idea how much I look forward to my Sunday lunches plus the additional provision on Tuesdays! Just seeing smiling faces appearing at my front door, like Nikky's bringing me nutritious and scrumptious meals, makes a huge difference to me. It's a Godsend - so nice to know I'm not forgotten."
Marta is one of twenty four people, mostly OVC members, who receive a meal from Nikky Hollinrake every Sunday and once a month from the Colton and Watt families. The young family members play their part. 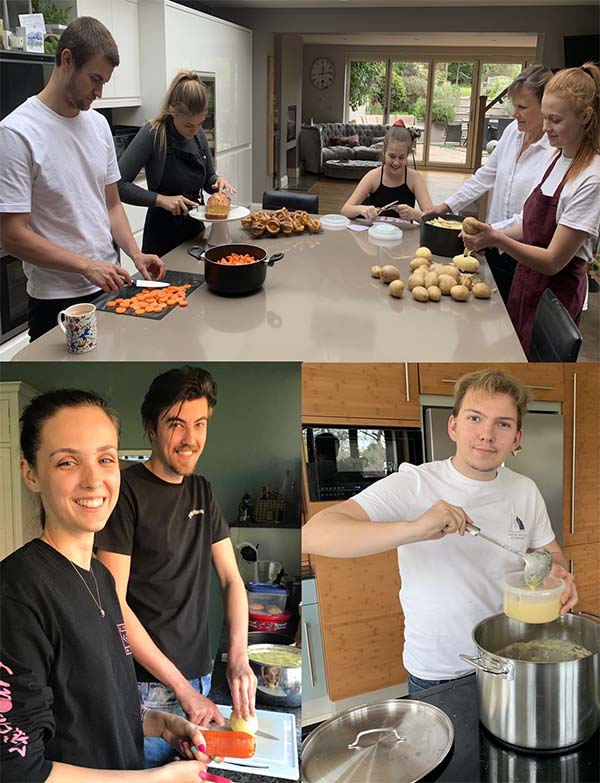 "There is something about the preparation work that's really calming," says 12-year old Gaby Hollinrake. "Maddie, Bella, Charlie and I get along well as we chop veg and peel potatoes. It's nice to end the weekend with a roast dinner and really nice to share it, especially with those feeling lonely."
Something similar happens at the Coltons'. "The kids discuss who has the best potato peeling technique," says Lynn. "They come with us on our deliveries and it's good to see how people enjoy meeting the young ones."

Rory's Soups has started up again. Twice a week 15 people receive a knock on the door, a young man smiling at them from behind his PPE and a bowl of his home-made soup.
Rory Watt was proposed by his headteacher as one of Harry's Heroes on BBC Look North. "I was on telly for a good 10 seconds," he laughs. "But everyone is so grateful to see me. I could stop and chat all day." And he would - except that he has to get a move-on with his delivery trolley.

For its contribution to these schemes in support of self-isolating villagers, the Orchard Village Club is supported by the Husthwaite Village Trust.
"The pot of money we look after," says the coordinator Andrew Coulthard, "is there just to support village projects. So, when Robin Walton told us about the wonderful work that was being done to provide meals during lockdown and asked if we could help, we were glad to. The local trustees who manage the fund were enthusiastic and said that if ever there was a scheme that deserved their support, this was it."

I know that every member of the OVC is deeply grateful to the families running these services. The meals themselves are top class; the delivery service is wonderfully friendly. We all have a warm glow to think that twice a week Rory will be at our doors with his soup - a wide range of different recipes. And every Sunday afternoon John Law, dressed like a spaceman, delivers our Sunday dinner, a proper plate of chicken breast, roast potatoes, parsnips and Yorkshire pudding with traditional gravy.
Oh my word! The advantage of being 70+ and vulnerable.