Summary of the Minutes of Husthwaite PC Meeting 20th Nov 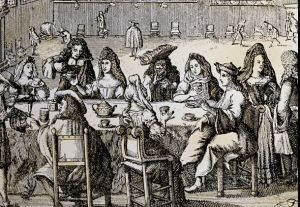 Matters arising from the previous meeting:

Fracking: P.Fox said there was no report back from the Government Inspector and it may be next summer before it arrives.PF met with the Government Shale Gas Commissioner and pointed out the adverse impact it would have on our parish, and these points were noted. Hambleton DC was asked to respond to the government's Permitted Development plan (as NYCC and Ryedale DC have) but they have yet to respond. The PC clerk is to resend the letter asking them to act.

Battle's Over-A Nation's Tribute: This was deemed a very great success, with congratulations and thanks from everyone to those involved in the planning and co-ordination between the churches, Parish Council and Village Hall Committee, as well as donors. It was an example of the whole village coming together, in celebration and remembrance of the end of WW1.

MUGA: The drainage problem should be dealt with and completed before next March by Revely and Son.

Bus service 31X: Despite numerous communications to the Transdev bus company, no response was received. The clerk was asked to write once more to them asking for the late afternoon bus to be restored from Easingwold to Husthwaite. Also a request will be put in to the Morse bus company who do the school run, asking if they could run a short additional service from Easingwold to Husthwaite. Workers, York College students, shoppers and those without personal transport or the elderly are very disadvantaged by the later bus removal.

Cemetery Gates and Yew Trees: C. Fenwick is to write a specification for the work to be undertaken, to send to potential contractors.
25 year Environmental Plan: J. Law offered a draft plan for Husthwaite, a summary of DEFRA's 2018 25 year plan, focussing on 4 possible projects for the PC to consider. Cllr Patmore pointed out that we are on the edge of the AONB, who could offer valuable advice. JL will contact Paul Jackson from

AONB.
The Village Green Tree: Tree surgeons seem unwilling to give advice on the likely safety and survival of this Lime tree because of insurance liability problems. The clerk is to contact the arboricultural expert at NYCC for advice.

Other Matters
The Husthwaite Christmas Carol Service takes place at the Methodist Chapel on Dec 16th.Carol Fenwick was invited to choose a carol, and suggested "Join the Celebration" as a
reminder of the way the village has celebrated the centenary of the end of WW1 this year.
A suggestion from the Gardening Club, on their 6oth anniversary, to purchase 3 planters to place at entrances to the village was taken up by the PC who will purchase the planters. The club will maintain and plant them up. B. Smith is to liaise with Simon Eedle over the design and placing of the planters.
The Easingwold and Villages Forum meeting: There was little to report except that when the NYCC Transport Officer was queried in the meeting about the lack of buses in villages like ours there was no positive response.

The next HDC liaison Meeting is early next year. Neighbourhood Watch reported that the new Police Chief Constable of North Yorkshire is
Lisa Winward.
There is to be a talk by Trading Standards for Primetime, about Cybercrime. C.Fenwick is to discuss with the VH committee if a similar talk open to the general public could be arranged.

Public Footpaths: The Kissing gate next to the woodcarver's is broken and the footpath up from the Nookin still not repaired despite 3 requests to NYCC from the PC for maintenance. The clerk will write again, since public safety is involved.

Recreation Area: A new sign -"Children Playing"- has been erected.

YLCA : Craig reported on a meeting (small because of warnings about lack of heating) but little was reported apart from information from a new Highways Communication Officer, apologising for the time last summer when 2 highway activities at once caused problems in the village. Contractors for utilities doing work on the highways will now have to get permits to avoid a repeat of this. The next Hambleton Branch meeting of YCLA is 20th Feb. at the Galtres Centre.

Councillor Patmore's Report: The NYCC have been given a one-off Government grant of £7.7 million to repair potholes, and a one-off Social Care grant of £6+ million for elderly and disabled people.
54% of roads in winter are treated during snowy and icy weather under the maintenance budget.
Unofficial road and advertising signs on verges, which belong to Highways, will be removed and only returned if a fine is paid .

Waste disposal: Green bin waste is made into compost for re-sale. If you have paid for a green bin, you can recycle your Christmas tree so long as it is cut up if necessary and fits in the bin.
The next Parish Council Meeting is at 7.30pm on Tuesday 15th January.
(Planning matters and Financial reports are displayed in full on the Parish Council section
of the Husthwaite Village website).