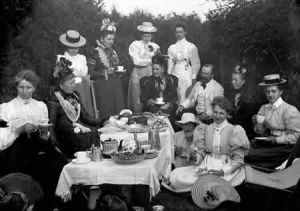 Minutes of the Previous Meetings: The minutes of the Annual Parish meeting and the last Parish Council meeting were approved and signed as a true record.
Matters Arising:
Co-option of two Parish Councillors: The Parish Council received four expressions of interest for the two Parish Councillor vacancies. All the applicants confirmed that they were eligible to hold office as a local councillor so all were accepted and nominated as eligible candidates. After two rounds of voting, Jane Don and John Law were co-opted by a majority vote. Both signed the acceptance of office which the Clerk will forward to HDC.

Parking generally in the village, though usually not illegal, is causing some villagers to complain to the Parish Council, so CC has written a short article for the Newsletter, asking people to be more neighbourly and thoughtful about risk to others when they park, parking off-road if they can.

Fracking in North Yorkshire: PF reported that select committee of the House of Commons (Vice Chair Kevin Hollinrake) has issued a report against cumulative permissive developments by the fracking companies in N.Yorks and other areas in the country. This report objects to a recent joint ministerial statement showing that the government is at the moment intending to allow more developments like exploratory drilling by fracking companies, and remove much of the protection for areas like the AONB. This new development could affect Husthwaite and nearby surrounding areas, the local AONB and other areas in the UK. The South Hambleton Shale Advisory Group are backing the Select Committee's report against more permissive drilling. PF is to write on their behalf to the Inspector, whose report is due out later in the year.

The PC has asked the clerk to write to Sheila Mowatt if she would circulate via email a petition from the website of 38 Degrees and the Campaign forthe Protection of Rural England , who are hoping  enough local people will sign their petition to have this matter discussed in Parliament. If enough people sign, the government is obliged to bring the matter to Parliament and discuss it publicly rather than quietly fast- tracking it.

Emergency Planning: CC has sent the DRAFT Husthwaite Emergency Plan to all members of the PC for consideration

Battle's Over - A Nation's Tribute: This will take place on 11th November 2018. CC and CF will look at the potential field site and contact Suncliffe Beacon Farm about alpaca safety during the bonfire. They will also look for a site to set off Fireworks near the Village Hall.
MUGA Surface Repair: Grant Applications: Our application to the HDC Make a Difference fund has been successful and we have been allocated £1000 towards the cost of installing a drain between the school field and the MUGA. As we already have one quote for £1400, others will be requested before the work is undertaken.

Bus Service 31X changes: The private bus company, who took over the 31X route recently and made changes resulting in a lack of buses after early afternoon from York to Husthwaite, did not respond to a letter from the PC asking for the new timetable to be reviewed. The clerk was asked to write again, reiterating the point that workers, hospital patients and visitors as well as shoppers, were badly affected by this new timetabling.

Matters that have arisen between meetings:

Review of Bus Service 59: The Parish Council agreed to write to NYCC to support the continuation of this well used subsidised bus service.

Reports from Council's Representatives: Easingwold & Villages Forum: ES attended the meeting at which a new constitution was accepted. Much of the business concerned Health Provision in Easingwold and Villages , with a talk from Dr. Morris. As housing was growing so fast patient numbers at the Millfield Surgery could soon reach 10,000 and provision has not been funded to cope with this. A new site for the doctors' surgery may be planned. PF to attend the next meeting.

Public Footpaths: The footpath from the Nookin to Kay's Bank has been repaired.

Recreation Area: One of the Forest Traverse Posts in the Young Children's Play Area has rotted off at ground level. Playscheme, who installed the equipment, have been informed and have offered to check the remaining posts and replace the defective one at no cost.

Village Hall: The next meeting of the VH committee is on 24th July.

YLCA: There was a talk by Police Supt. Paula Booth, which pointed to the low crime rate locally, and that the police are committed to neighbourhood policing and are focussing with some success (eg Easingwold Park) on anti-social behaviour.

Reports from County/District Councillor Caroline Patmore: The government have decided that police and fire authorities will merge in N.Yorks (despite local authority and householder opposition voiced in the recent survey).
Work is going on concerning joint devolution for parts of Yorkshire. Areas may include York, N. Yorks and East Yorks as well as parts of West Yorks. This would require another tier of government, and the possibility of having a Mayor for the whole area.
The next meeting will be held on Tuesday 25th September 2018 at 7:30pm in Husthwaite Village Hall.