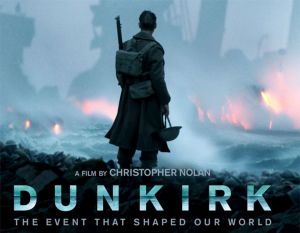 "Allied soldiers from Belgium, the British Empire and France are surrounded by the German Army, and evacuated during a fierce battle in World War II"

Husthwaite Film Club aims to show a selection of mainstream, independent, foreign language films and documentaries. Our June Short Film Festival is especially popular as is our Movie and Cocktail special events!

Film Club meets the 4th Thursday of every month although please note, in February we are having to work around the Village Pantomime rehearsals.