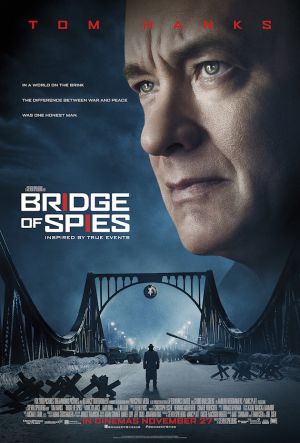 Thursday April 21st at 7.30pm
"Bridge of Spies" Cert 12A
Starring Tom Hanks and Mark Rylance
To watch trailer, click on the link below

A lawyer, James B. Donovan, recruited by the CIA, is involved in an intense negotiation mission to exchange a CIA U-2 spy-plane pilot for a KGB intelligence officer arrested in for espionage in the US. Tense drama with great performances.