This article has been updated.  You can see it here.

Firstly, this is a lazy piece of writing. Little or no research means the details are vague and probably inaccurate. 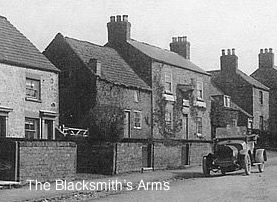 Our pub has been through various incarnations since we moved into the village. (1993)

Since the 19C it had been the Blacksmith's arms and with the Black Bull (closed 1938), one of two official pubs in the Village. 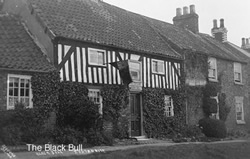 We therefore had a succession of amateurs. Nearly all of them were charming but clueless and therefore shall remain nameless.

The one constant, soon to change, was the pub name.

The Jacques who renamed it "The Roasted Pepper" and served Tapas bought the pub in 2005. However strange that might have seemed, it worked! The Jacques had a sound background in the business and won several Michelin Bibs.

For whatever reasons the pub faltered and the Jacques moved on to create a very successful business, The Sawley Kitchen

Bought by Paul Ellis, or Skelwith or both or neither (clarity became a big issue from now on) the pub was renamed again. This time, 'The Balmoral' after the 'Balmoral Hotel', Edinburgh. Slightly aspirational, this was a bit like calling your child Beckam hoping they will become a waif like fashion designer worth millions.

Initially the pub flourished with good food and James front of house skills. There was much speculation why it went downhill, but downhill it went. Rapidly. 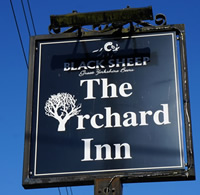 A new tenant and a new name. The Orchard Inn. Or, the 'Yrchard Inn' as the sign suggests.
Alison, from West Yorkshire, with little or no experience, worked extremely hard to make it work. As for every other new opening the offer of free food enticed many villagers who failed to return. A regular clientele for good beer and hearty home cooking failed to provide financial success.

Alison left and there were plans for the pub to be closed and redeveloped. Camille entered, a cheerful host whose welcome was warmer than the pub. He was migrating from one closing pub to another.
Over the years, our pub food had moved from Steak dinners to Tapas. From Michelin Bibs and Jus to Gravy. Finally, from gravy to Pizza and Lebanese chicken; tasty but with potentially life threatening calory and fat content.

Without any consistent identity for several years the pub staggered on until Christmas 2013 when it closed for redevelopment.

The pub was now to become a fine dining outlet with a Masterchef finalist and designer interiors. The new incarnation of fisn 'n chips would now have minted puréed peas in a  ramekin, tartare flavoured foam, vertical chips in a wire basket and tempura  battered fish all served on a plank of wood.  To account for our rise in status the pub was renamed "The Curious Plum" , confusing a bemused village that thought a pub name might at least reflect the fruit it was famous for.
Mr. Ellis promised much. However, the Masterchef became 'disengaged' (wisely) and the whole project moved fitfully through 2014 and 2015.
No one knew what was happening. Was it planning problems? Was it owned by the Skelwith Group or a sub-division or was it owned privately?
Misinformation was rife and building stopped early in  2015

What now? Well, news has now filtered through that a company called 'Yorkshire Ventures Ltd' has bought the village pub

Other internet searches provide different directors alongside Mr Jackson. If you need more

information then you can research further and make more sense than I did! At some stage we may get a definitive statement

I can say that a telephone conversation with Mr. Jackson was reassuring.
He (they) intends to complete the pub with nine letting rooms. The food will be high end dining with ample space for local drinkers.
His wife, an interior designer, will work on the interior and he hopes to have it operating.

Although this is similar to what we have heard before ...it is in no ones interest to maintain the staus quo!

According to Mr. Jackson, Mr. Paul Ellis will not be involved.

Somewhere amost all that is the past and present ownership of our pub.  For whatever reasons, they/he has ensured our pub has been closed for 2 years.

The lack of clarity is ongoing!