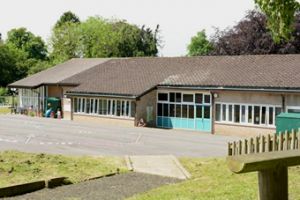 An issue raised by Husthwaite School.

"It has been noted that members of the public (village?) have been using the school grounds to cut through to the recreation park.

During the holidays one member of staff approached someone on site who admitted they were 'cutting through' to the park area and clearly did so on a regular basis.
The only way a member of the public can do this is by opening our gates and climbing the fence adjoining the park. Consequently we are having gates left open which leave our premises vulnerable and some minor damage to fencing has occurred as a consequence.

The school does have clear signage regarding unauthorised persons entering the site. Whilst we want to maintain good relations with the village, we would like people to respect the school property. The school governors have , so far, tried to avoid the use of 'green mesh fencing' which has appeared round so many schools as they have wanted to maintain the natural environment of the village. We hope that this measure will not become a necessity to maintain security and children's safety.

Please can we ask through the medium of the parish council, people are reminded that there is a footpath which leads directly to the park and that this is the correct route from the village?"