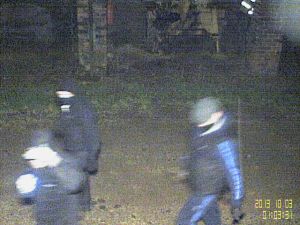 This is an image caught on our CCTV on Wednesday night of three youths that broke into our buildings including The Curtain Room.

At around 3 PM that afternoon two white vans were seen driving slowly up and down the village one of the occupants was wearing a flat cap like the one in the image below, The registration on the van was 621VH however it looks like a fake one because it was red and white!

Anyone with information should contact Barney Smith at Baxby Manor.

This is a salutary warning that although we live in a peaceful village we still need to be vigilant.