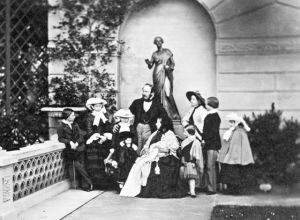 Matters Arising:
Fracking in North Yorkshire: In January PF In January PF attended the Government Inspector's re-opened examination of the County Plan". The proximity of drilling sites to housing was discussed, in particular the 500 mtr prohibition area. There seems to be no hope of extending this further away from property, and PF is not confident even this distance will be approved, with the fracking companies demanding less. The decisions of the Inspector are due out in mid-summer.
Emergency Planning: The Husthwaite Community Emergency Plan has been sent to the Emergency Planning Officer at NYCC.

MUGA Drainage: J. Revely & Sons have completed the drainage and groundworks at the northern end of the MUGA and the Making a Difference Fund Claim Form will now be submitted.

Bus Service 31X: Dianne Pottage, NYCC Public & Community Transport Officer, has asked Transdev to reinstate the late afternoon bus but they are unwilling because the journey did not carry many passengers. Another operator is willing to run a service from York to Helmsley, departing around 17:00, and the cost would be in the region of £80 per day which NYCC are unable to fund. As there is already a Transdev bus from York to Easingwold at this time, the Clerk was requested to contact Dianne to ask if the operator was willing to run a service from Easingwold to Helmsley, departing around 1800, and what the possible costs would be. PF attended the Hambleton & Richmondshire Rural Transport & Access Partnership meeting the purpose of which is to identify unmet transport and access needs and improve transport links in rural communities. The meeting discussed setting up a data link for North Yorkshire, but there seemed to be no actual progress on addressing the issue of unmet transport needs or improving transport links.

Cemetery Gate: Quotes for replacement of the wooden gates with new steel gates were received from Matthew Dwyer, Mike Barker and Baptiste Deleau and, after careful consideration, the PC selected local engineer Mike Barker to undertake the job.

25 Year Environmental Plan: JL is progressing with the environmental energy project, including a plan to improve the connectivity of rural footpaths.

Village Green tree: Jan obtained quotes from three arboricultural experts, After careful consideration, the PC selected Artemisia Consultancy to undertake the survey as she was able to complete the task and produce a report within the timeframe. As the tree is within Husthwaite Conservation Area, Jan has now applied for planning permission so that we can act on the recommendations in the report and quotes for the work will be requested from Farm & Land Services and Greg Milburn.

Village Planters:JD reported that the planters are under construction.
It was suggested putting in a request to the Husthwaite Orchard Fund which supports community projects, to meet half the cost of the planters. It is hoped the planters will be ready in time for Husthwaite Open Gardens in June.

Matters that have arisen between meetings:
Cemetery / Primary School Boundary Trees: At the beginning of February a tree from the cemetery boundary fell into the school premises and, on further inspection, other trees nearby looked to be in a similar condition. Quotes were requested to remove the dead trees and sever ivy from the rest. Two quotes were received. The PC selected the cheapest quote from Farm & Land Services. The work has now been completed along with the previously planned tidying of the Yew trees and removal of sapling growth from two graves.

Closure of the Plum & Partridge: The village pub, which is a registered community asset, closed on 5th February and the HDC Community Engagement Officer is in the process of making enquiries to ascertain the owner's intentions. We now understand that the premises will reopen as a Tomahawk Steakhouse after a short period of closure for refurbishment. The owner of the company is willing to meet the Parish Council to engage with the community.
Planning Matters: Please see the PC website for details
Finance Report: Please see the PC website for details

2019 Parish Council Elections: The Clerk distributed nomination packs to councillors and reminded them that all documents must be delivered by hand to the Returning Officer, Room 220, Hambleton District Council, Civic Centre, Stone Cross, Northallerton, DL6 2UU before 4pm on Wednesday 3rd April. The election notice will be displayed on March 19th.

Great British Spring Clean: This national event occurs between 22 March and 23rd April. The Parish Council would like to acknowledge the efforts of those individual villagers who help with litter picking throughout the year, so generally this is not a major problem here. However, if people would like to do some litter picking during that event, please do so!
Littering / Fly Tipping: Fly Tipping in the countryside is a problem and an offence for which people can be prosecuted. Recently 2 large bags of rubbish were found near here(in one the vehicle registration of the tipper!) and matters were reported to the police and Hambleton District Council. You can report any Fly Tipping to either of the above: Hambleton DC will remove the rubbish if you let them know of anything you find.

Calor Rural Community Fund: JL said that the newly formed Drama Group might like to apply for funding, in particular for an outreach programme for schools.

Easingwold & Villages Forum: The next meeting will be held in the Galtres Centre on 4th April.
HDC Parish Liaison Meeting: The next meeting is scheduled for early 2019.
Highways: The deep gulley at the side of the Husthwaite - Easingwold road near to Acaster bridge has been reported to NYCC Highways who have placed warning cones and marked the road for repairs.

Public Safety: A reminder from the Parish Council
We have had a complaint from a villager about the pavements in Husthwaite. If you have trees or bushes which border pavements, please could you make sure they are cut back to allow people, especially those with prams, to pass freely on the pavement without having to step into the road.
Also, if leaves and twigs from trees on your property have fallen onto the public pavement and are slippery for pedestrians, please could you clear them up?
Thank you!
Neighbourhood Watch: The Trading Standards Cyber Crime talk was attended by approx. 20 villagers and we have now been offered a talk on current scams from the Community Banker.
Public Footpaths: The broken kissing gate adjacent to Squirrel Cottage and the broken gatepost on the bridleway between The Old Lodge and Paddy's Lane have been reported to NYCC again.

Maintenance work to the UUR from Highthorne Lane to the Nookin is underway.
Recreation Area: A clean up of a mass of brash and branches on the edge of the area is needed. Carol will try to get the use of a trailer to take stuff away. If anyone is willing to help, possibly on a Sunday in the Spring Clean month, please contact Carol Fenwick.

Street Lighting: Northern Power Grid have now installed a new lighting unit on the replacement pole adjacent to The White House and all street lights are now working.

Village Hall: Planned events include The North on 23rd March, Film Club on 28th January and Pop Up Pub on 5th April.

YLCA: The next meeting is on 19th June
Green bins: Everyone is reminded now is the time to pay for annual green bin collection and obtain new tags for green bins, and only display the new tags from April onwards.

Date & Time of next Meeting: The next meeting will be held on Tuesday 21st May 2019 after the Annual Parish Meeting in Husthwaite Village Hall.