Our Village Remembering the Great War 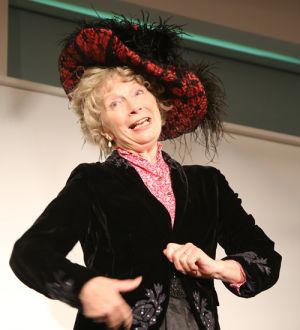 I think it's difficult to know what people felt when the War To End All Wars ended in 1918. Most families had to cope with dreadful loss. Few communities would not have to put up memorial plaques to record the young men who weren't coming back. But there must have been a real urge to give thanks for the ones who did return and for the return of a kind of hope and peace.

So villages celebrated; many by having parties, some acted out what had gone on in France, in a play that did the rounds.

Our village re-lived those celebrations this summer. We had a party with games and tea and cakes. We guessed the weight of an enormous fruitcake, tried to work out how many liquorice allsorts were in the jar and had a go at identifying some smells in bottles. Then we had a Beetle Drive. I remembered going to those donkey's years ago in Lancashire.

We sat round the tables in teams, concentrated like mad and tried to follow the rules. You had to move round too, so you met people you hadn't spoken to for ages, if ever. The noise was intense; people chatting, arguing over the game and laughing a lot. Then it all stopped and we had tea and cake. I remember thinking; this was our village hall at its best.

You can see the whole gallery of photographs here

Then it all changed in an instant.

A woman came in, straight from 1918, immaculately dressed. She sang "I'll make a man of any one of you"....a recruitment song, beautifully sung and utterly chilling. Another dignified woman saw her son quietly off to war on the train and sang "Goodbye-ee....wipe a tear baby dear from your eye-ee". Then officers came in and sat in the trenches, talked about the war and dealt with the death of the young man, barely more than a child, whose Mum had just sung his departure. The officers were real. They were people we all knew as neighbours but transformed by uniform into authority and power. 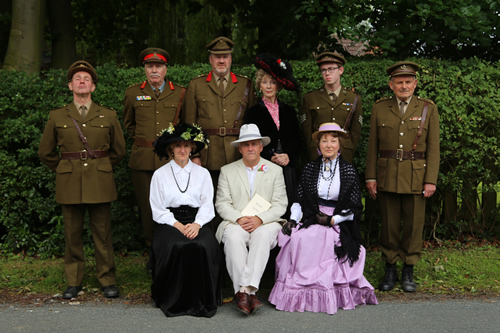 It ought not to have worked. We had all seen images of the Great War, watched plays about it and done the history at school. But there was something so immediate about having it happen in front of you that it shocked us all into silence. I looked round and saw people hiding damp eyes. Our community had somehow managed to tell itself the truth of a story that is so awful it passes understanding and to do so in a way that got directly inside people. Then a man in a linen suit got on the stage and read a poem with such gravity that it reminded us what we were there to mark.

For me, it's one of the best things I've seen in the village hall and I'm really glad to have been there. We should thank the people whose imagination and work made it happen.
Margaret Hewitson; for thinking up the games and making them work, despite us.
Pat Parry and Robin Walton for singing beautifully and really being women of that war. Gila Robinson for being Edwardian and providing the musical support.
John Law, Lawrie Hill, Richard Wood, Cameron Smith and Fergus McLanachan for conveying the burden and humanity of the men and boys swept into the war. The script of the 1918 play defied attempts to trace it, so Richard wrote a new one to tell the same story.
Simon Eedle for a stunning reading of George Herbert's poem, "Peace".
Mike Wells did the sound and Stephen Barker did sound management. John Ovenston did the lighting.
Lynn Colton and Sheila Mowatt with a team of helpers organised the food and drinks.
Thanks to all, and to the un-named ones who helped out, for a brilliant team effort you can all be proud of

And then? For me, it's a rare event that has such an effect. It gave us such a powerful glimpse of a horror that convulsed the world a hundred years ago. It stuck with me for days afterwards and I went to look at our own war memorial.
A. Coulthard