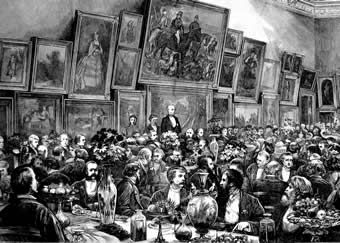 2. Minutes of the Previous Meetings: Both were approved and signed as a true record.

3.1 Parish Plan Actions Review: It was agreed to contact Husthwaite School to see if they wanted a councillor to give a talk to the children. Action: CC

a) Sunley Woods Farm: After action by Cllr Patmore and a letter from PF, HDC planning had noted that hedges and trees had been planted but that did not comply with the planning requirements. In addition extra units have been stored there since the last planning objection. HDC planning are contacting a solicitor about an enforcement notice since the 6 month period for an appeal has now expired. Compliance will be monitored by the PC. Action: PF

b) There is no report from Cllr Patmore yet on Bye Green.Action CP

3.3 Kendrew Green: Keith Gittens has been monitoring the green and writes that the grass is in better condition for wildlife than last year after removal of the cuttings. He notes that yellow rattle is now growing there. The White Letter Hairstreak Butterfly has been seen this year with other butterflies. Keith will look into getting a tree preservation order on the Wych Elms.

3.4 Fracking in North Yorkshire: CC attended the Easingwold and Villages Forum at which there was a session on fracking.Everyone agreed to be represented by the Hambleton Shale Gas Advisory Group. PF who is on this group commented that it has been authorised by 33 Parish Councils and Helmsley Town Council to represent them at the public examination of the issues in a review by a Government Inspector later, when the review guidelines have been agreed.
In the Conservative Manifesto, planning matters on fracking were to be taken back under central government control. This possibly may now not happen, since the election, and for the time being NYCC will control this decision. So the Hambleton Group will try to persuade NYCC as well as the Inspector about the concerns of local people. Ineos have announced they propose to apply to drill an exploratory fracking well in the Wigginton area, which would be the closest to Husthwaite yet.Action: PF

3.5 Emergency Planning: CC and JC went to an Emergency Planning meeting in Malton, which was useful in our planning. CC is hoping to run a session with the Village Hall Committee and the PC re the Emergency Plan. It is likely the meeting will be before the next PC meeting at 7pm. Action CC

3.6 Battle's Over -A Nation's Tribute:CF will examine a suitable field for the beacon. Action: CF

3.7 MUGA Surface: A quote has been requested from Soft Surfaces. CF also to contact the grass cutting team to ask if they have a cheaper solution for removing moss. Action: CF

3.9 Young Children's Play Area Swings: Playscheme have confirmed that the rules regarding swings have been revised and it is now possible to have a senior swing adjacent to a baby swing. They have quoted £272 + VAT to replace one of the seats on our swing frame with a cradle swing (using our existing chains). CF to request that work should beundertaken to fit a baby swing. Action: CF

5.1 The following planning applications have been received:
The Garage, Low Street, Husthwaite - Outline application (considering appearance, access, layout and scale) for the demolition of existing buildings and construction of 3 dwellings as amended by details received by HDC on 25th May 2017. (The Parish Council noted that although two of the proposed dwellings were behind the development limits, their proposed footprint would not exceed that which is already in existence. In addition it was considered that by replacing the derelict buildings with this residential courtyard development there would be a positive visual improvement to the streetscape so the application was APPROVED)

The Vicarage, High Street, Husthwaite - Works to Oak and two Sycamores in a conservation area. (The Parish Council had NO OBSERVATIONS on the proposal)

Land at Bye Green, Low Street, Husthwaite - Outline planning application, including access, with all other matters reserved for a single residential dwelling. (The Parish Council has voted to reject this application on the basis of the dwelling being behind the building line. Also conditions attached to a previous planning decision are not being adhered to.) Action C

Statement Balance at 15 May 2017 - £1302.35
7. Circulated Items That May Be Of Interest To The Council: There were no items of interest in the circulated documents.
8. Reports from Council's Representatives:

Village Hall: PF is to deal with the registration of the Village Hall as a Charitable Incorporated Organisation. Action PF
Easingwold & Villages Forum: The AGM was attended by CC (see 3.4) .The Chairman resigned(again).
YLCA:ES is unable to attend the next meeting so CF will attend. Action CF
Public Footpaths: BS is to report to the Footpaths Officer that the footpath beyond the beck is made impassable because of the potato crop. Action BS
Highways: Once again a large pothole has appeared by the bus stop in High Street and fills with water continually, even in dry weather.CF to report this to Highways again.Action CF
Street Lighting: All street lights not working were reported to Hambleton District Council last week.
Neighbourhood Watch: Untaxed cars parked on the village streets have been and will be reported to the Police. PF is to investigate reports of a business street-trading in cars from the public highways in the village and report to the appropriate authority.. Action PF and CF
MUGA:Composting toilets have been costed for siting on the MUGA, but so far the expense seems prohibitive. Also there are questions about the cleaning and monitoring of these.Action ES
There are concerns about dog owners leaving dog poo in MUGA bins, or even leaving the plastic bags containing it on the grass where children play.Villagers are requested to report any incidents seen and dog owners to dispose of bags properly.
CF is to ask the Police to monitor the MUGA on summer evenings to stop anyone fouling there (this has been reported) or meeting for drug use etc.Action CF
Water from the school land is still affecting the MUGA. CF to obtain a quote for putting in drainage.Action CF
Cemetery:Cemetery bins should be used properly in the same way as for domestic use. The green recycling bin for flower waste has contained paper and other rubbish recently, and will be removed by the council in due course. Visitors should use the black bin for all waste from now on.

10. AOB
Alison Gambles has written to the PC that she has decided to resign as a Parish Councillor because of work commitments.The Council members understood and regretfully accepted her resignation. A letter is to be sent thanking Alison for all her work, particularly on the Parish Plan. Details of the election of a new member will be published on the village noticeboard in due course.Action Clerk

.Date and Time of Next Meeting:
The next meeting will be held on Tuesday 19th September 2017 at 7.00p.m. in Husthwaite Village Hall.