Film Club on 23rd March is a must see 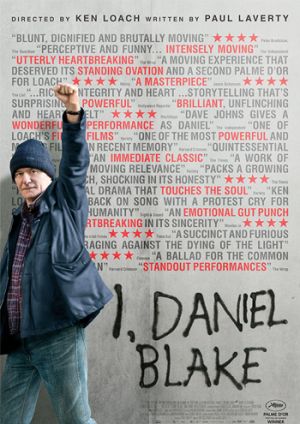 A 59 year old carpenter recovering from a heart attack befriends a single mother and her two kids as they navigate their way through the impersonal, Kafkaesque benefits system. With equal amounts of humour, warmth and despair, the journey is heartfelt and emotional until the end. Nominated for 4 BAFTA's, the film is hard hitting and intensely moving. Directed by Ken Loach, expect to be affected by the harsh reality of life on benefits.

Told with deadpan humour, this father & son road trip movie shows Bruce Dern give the performance of his life.

Film Club is in Husthwaite Village Hall the 4th Thursday of the Month. Bar opens at 7.00pm, screening at 7.30pm. Screenings are free to members, non-members welcome at only £3 per film.

Membership is £12 per year (concession £10 U16 or O65), part year memberships are also available. For more details contact Sheila on 868196 or email sheila_mowatt@btinternet.com