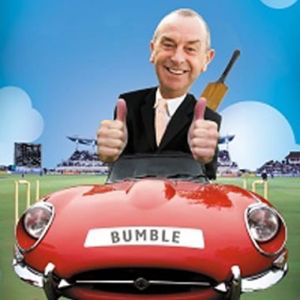 David Lloyd is returning to Coxwold Village Hall to give a talk on his cricketing life. Doors will open on Saturday 1st April at 7.15pm.

Former English cricketer who played for Lancashire and England, predominantly in the 1970s. He is affectionately known as 'Bumble'.

He was a successful all-rounder who played over a dozen matches for England, scoring over 500 runs in the process. He became an umpire after retiring as a player.

In later years he has become a broadcaster for Sky Sports.

Tickets are £15, and include a one-pot supper. There will also be a licensed bar and raffle.

Please buy your tickets in advance from Anne Le Gassicke: anneleg@tiscali.co.uk or 01347 868719

PLEASE NOTE: NO TICKETS WILL BE AVAILABLE ON THE DOOR