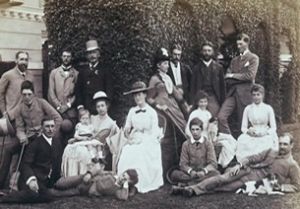 Minutes of the Previous Meetings: Approved and signed as a true record.

Matters Arising:
Parish Plan Actions Review: PC councillors have visited the OVC and Youth Club to talk about the work of the PC and receive ideas about future projects. The Youth Club suggested a bike trail and it was agreed to check out possible sites, costs and funding.

Lights and a toilet at the MUGA were suggested. Problems of the cost of toilet maintenance and monitoring were brought up, but ES suggested a composting toilet might be the answer and agreed to investigate cost and viability.

The OVC recommended more lighting on the Nookin. CF pointed out there are already 6 lights on the Nookin (until midnight), working, and they are as frequently spaced as anywhere in the village.
CF and BS are to visit the school as the next part of the Parish Plan.

Commons Act 2006 Registered Land - Kendrew Green: The future ownership of Kendrew Green (at present owned by NYCC) is still under review. The PC will ask Councillor Patmore about the progress of our request at NYCC.

Fracking in North Yorkshire: At a public meeting in Galtres Centre in Easingwold, those attending heard from pro and anti-fracking speakers.
Also,PF reported that The Minerals and Waste Joint Plan Group have published this month a document suggesting how the fracking companies might ameliorate some of the effects on the communities if fracking takes place. The plan suggested that access for shale gas traffic should be from A or B roads, directly or indirectly. As this affects minor roads, the local Shale Gas Advisory Group attended by PF have included in their draft critique of the plan that these words be reconsidered. PF suggested that one recommendation he would endorse was that, instead of 400mtrs from any development, the fracking well should be 500 mtrs from any isolated property, or 1.5 km from any group development, or further depending on elevation. This critique will eventually go to NYCC and all local PCs. Husthwaite PC are to send in their endorsement by 21st December.

Kendrew Green Grass Cutting & Trees: As there has been no decision on the
ownership of Kendrew Green, discussions regarding the grass cutting regime and works to the Wych Elm tree will be put on hold until next year.
Emergency Planning: Work is continuing on this.

Local Plan - Call for Sites: Meetings for the local PCs and the public will take place on 22nd November in Easingwold, to view proposals for future commercial and housing developments in Easingwold and surrounding villages up to 2035. Husthwaite Councillors will attend, and it is hoped numbers of Husthwaite villagers will also go.

As a "service village" Husthwaite will be expected to take a share of the new building of houses, and we must put forward our preferred option from what has been presented. Although the PC thinking is that both possible options are not ideally suited to housing, the PC will opt for Area E071002.
Bier House Guttering: John Heighton will replace the guttering on the Bier House in the near future.
Parish Council Noticeboard: This is being restored by Andrew Coulthard, who has obtained original drawings by Wilf Hutchinson, and oak from his son Trevor to complete the task. Hopefully this should take a month now the old noticeboard wood has dried out thoroughly.

Ducting work on Kays Bank: CF has written to the landowner explaining that the PC has no influence over NYCC Highways to repair the damage to his land, and that he should take the matter further himself with them if he wishes.

Highways Maintenance: The clerk wrote on Sept. 22nd to NYCC Highways about the failure to repair parts of the Coxwold-Husthwaite Road and Amplecarr-A19, but there has been no response.

Cemetery Gatepost: The gatepost has been repaired by Mike Barker at no cost to the village.
Parish Liaison Meeting: As there was no items of specific interest on the agenda, it was agreed not to send a representative from the Parish Council.

Planning Matters: Details of all planning matters can be seen on the Parish Council section of the village website

Easingwold & Villages Forum: PF reported items from the 27th October AGM which he attended. The present chair continues in office after being unopposed in the vote A new constitution was passed. Their next meeting is on 9th December.

Neighbourhood Watch: Thefts of horse boxes and equestrian equipment are on the increase and doorstep sellers have been seen in the area. Please report all incidents to the local police on 101.
Date and Time of Next Meeting: The next meeting