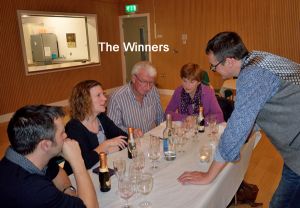 It was not a surprise that a village hall event featured alcohol. We have had Ouzo at Mama Mia, Martinis with James Bond and Beer at the Pop Up Pub.

Friday night featured wine and some of Husthwaite's oenophiles gathered to display their knowledge, or, as it transpired, lack of. 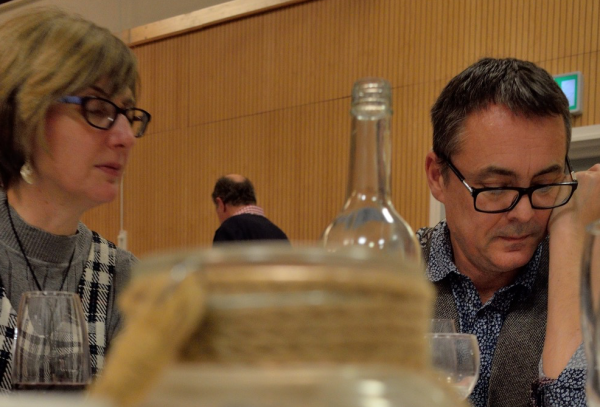 The format was simple. 6 wines, six questions and six answers. Each question had three descriptions of a wine and we had to choose one of them. An expert statistician sat near me worked out that a monkey had a more than a 90% chance of getting at least one right.

Well most, but not all, just managed to beat a monkey. Just.

The tasting was led by Mark Ryan of Yorkshire Vintners, who, in true ‘Call my Bluff' style, read out descriptions of the wine we tasted. Craig Colton did the same and handled a few tongue twisters with aplomb and good humour.
Mark fielded some good humoured comments from the front table and admirably defended the Chardonnay grape from those of us who say: ABC.... anything but Chardonnay"

Accuracy diminished as the night went on and nobody cared at all. We all learned a great deal, although how much will be remembered is open to question.

Village newcomers, Ian, Marion, Steve and Susan, won the competition. Congratulations to them on their victory!

On behalf of everyone there I would like to thank Lynn and Craig Colton who put in a huge amount of work to organise an event thoroughly enjoyed by all of us.