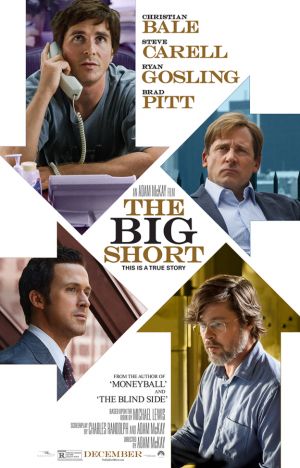 at 7.30pm in the Village Hall, "Cert 15"
When the banks committed the greatest fraud in history, four outsiders risked it all to take them down. Based on the unbelievable true story and best-selling book.
Nominated for Best Film in 2015 with an all-star cast. Slick and funny. "One of the most absorbing and entertaining films of the year" The Times