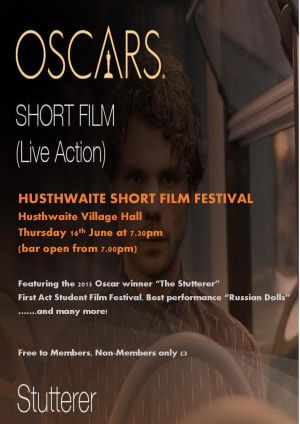 Husthwaite Film Club will be having its first Short Film offering on Thursday 16th June at 7.30pm. A chance to see 6 short films from around the world, including 2 with a very local connection.

Its an opportunity to see something different from the world of cinema, covering a wide variety of topics and genre's. A real treat, this is often where the talent of the future can be found, whether in acting, directing or producing.

Our star feature will be the 2016 Oscar Winning "Stutterer".