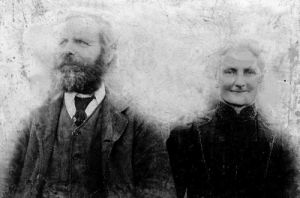 Helmsley Archaeology Store: Following the talk last October by curator Susan Harrison from the Archaeology Store at Helmsley, a free guided tour of the centre has been arranged for Wednesday June 15th starting at 11 am and lasting about an hour - numbers are limited so if you are interested in going please let Angela know as soon as possible via aovenston@btinternet.com or phone 01347 868 347. Lifts can be arranged if necessary.

A link with the Hutchinson Family

Following a message via the history website we are now in contact with a lady who will be visiting the village early in June - she is a great great grand-daughter of Robert Hutchinson and Mary (née Slater) and is hence connected to many Husthwaite families. The Slaters were well known for setting up their agricultural engineering firm at Slaters Yard; one of the Hutchinsons married Jessie Moncaster whose family lived in the village for five generations. This branch was well known for establishing Hutchinsons garage and Wilf "Squirrelman" Hutchinson (1936-2013), famous for producing handmade English oak furniture. (See articles in www.husthwaitehistory.co.uk.and in the set of booklets Husthwaite Reminiscences spanning the 20th C). 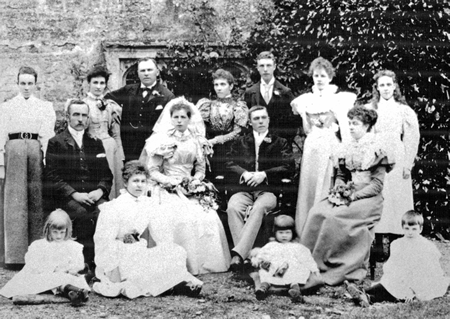 Robert Hutchinson (1840-1917), son of Ralph and grandson of John stemmed from Newton upon Ouse; he married Mary Slater (1843-1923) in 1861. Mary's father was John Slater, a master carpenter and implement maker from Oulston. Robert was an agricultural labourer, at one time employed at Angram Grange, and in later life was a mole catcher at Oulston. He and Mary produced 16 children between 1861 and 1889, 14 of whom were still living in 1911. Both were buried in Husthwaite. Their second son William John Hutchinson was a farm servant at Acaster Hill and later farmed at Alford House in the early 1900s. He married Emma Hare from Aldwark and their son Harold (1900-1976) married Jessie Moncaster from Husthwaite and later with his eldest sons Leslie and John Geoffrey, ran Hutchinsons garage in the village, selling petrol and running buses to Thirsk. The bus company expanded and became a successful business in the Easingwold area. Their third son Wilfred became the well known wood craftsman trained by the Mouseman of Kilburn, Wilf's son Trevor continues in his father's footsteps. Robert and Mary's youngest daughter Irene married and produced four children, two of whom still live in the village with their families.

Margaret Hutchinson a twin born to Robert and Mary in 1867 was a domestic servant who married Allen Spencer Palmer a butcher from Oxfordshire (it isn't yet known how they came to meet). She gave birth to a son Allen Alban Palmer in Bicester who when married to Flora Murphy, produced a daughter Margaret Webb with whom the contact was made via the website. Margaret is particularly interested in her ancestors from the Husthwaite area and finding out more about the large family of her great great grandparents Robert and Mary Hutchinson and may be contacted via Angela Ovenston (aovenston@btinternet.com or 01347 868 347).

The wedding of Margaret Hutchinson (daughter of Robert and Mary born 1867, Husthwaite) and Allen Spencer Palmer at Hethe (near Bicester), Oxfordshire on 22nd July 1897. Most of the people in the photo are from the Palmer family. (By kind permission of Margaret Webb, their grand-daughter)