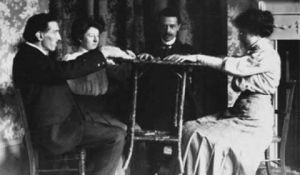 Parish Plan Actions Review: CC is preparing a display to go in the VH on the Review in time for the March 20th Village Hall Market.

Enforcement of Planning Laws: No action can be taken until a decision on the retrospective application is made by the Planning Dept. of Hambleton DC.

Commons Act 2006 Registered Land - Kendrew Green: A decision by the Commons Registration Officer is awaited. Further supplementary information in support of our application for registration will be sent to him, concerning the conservation of a rare butterfly species on Kendrew Green.

Grass Cutting (including Kendrew Green): Farm and Land Services have been offered the contract from now to 2018. An amendment to the cutting regime for Kendrew Green was agreed after a report by Keith Gittens. He explained that the elm trees on Kendrew supported a small colony of an extremely rare butterfly, and asked the PC to consider leaving an area of wild flowers to increase a supportive habitat for the butterflies. This was agreed and will be planned with advice from Keith. Details of the butterfly on pg 23.

Fracking in North Yorkshire: PF reported that he and a small group representative of Parish Councils across N. Yorks were planning to put together a detailed and sound Guidelines Policy on the best response to Fracking, and its effects on the areas involved.
CC has attended a meeting with Ineos who are the business involved in future Fracking here. He is trying to arrange for Ineos, a member of Frack-Free Ryedale, an expert from Durham University to form a panel who could answer villagers' questions, in the village hall soon.
Also the subject was raised of the inclusion of Fracking in the Easingwold and Villages Plan. The next meeting of the Easingwold and Villages Forum at which this will be discussed is on 21st April in Husthwaite Village Hall.

The Orchard Inn: The inn is still on the official register of village assets, and must remain a pub. No further action can be taken by the PC until the recent planning application by Venture Holdings is decided, and the new owner takes some action.

Emergency Planning: An Emergency Plan will be drawn up for the village, to cover contingencies such as severe weather, prolonged cut-offs of electricity or water, major accidents or fires etc, given the vulnerability of some villagers who are elderly, disabled, live alone or with small children. CC, AG and JC are setting up a small team to co-ordinate a plan.

Hambleton Community Awards 2016: Husthwaite Parish Council has been nominated for a Hambleton Community Award in the Parish Council of the Year Category. As we have also been shortlisted as a finalist, two representatives from the council have been invited to attend the awards ceremony on 17th March. CF and ES will attend. (See pg 10)
Peter Hill Solar Farm: CC wrote to Raskelf PC raising the issue of the compensation Raskelf rather than Husthwaite would receive with regard to the solar farm. Raskelf PC will consider this issue at their meeting in March.

Affordable Housing Survey: Amanda Madden's offer to conduct a survey in Husthwaite about affordable housing was declined, as there is already a building scheme with outline planning permission, which provides a quantity of affordable housing.

The Bier House: PF has investigated obtaining title deeds to the Bier House for the PC but the legal expenses involved would be prohibitive, so it will not be pursued.

Planning Matters: can be seen on the Parish Council section of the village website.

Finance Report: can be seen on the Parish Council section of the village website.

Information from Rural Action Yorkshire on the Warm & Well campaign. This will be forwarded to the OVC and Primetime group leader, and details put in a later Newsletter.

Highways: The dip in the road adjacent to Pendle, which has got significantly worse since the Solar Farm works were undertaken, has been reported to HDC.

Street Lighting: Streetlight number 3 in East View was reported as not working, but is now fixed.

Date and Time of Next Meeting:
The next meeting will be held on Tuesday 17th May 2016 at 7.00p.m. in Husthwaite Village Hall
(Full minutes on the Parish Council section of the village website)