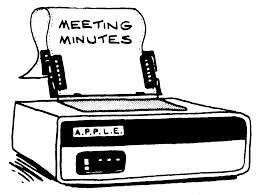 The Village Hall Committee held a meeting on Monday 11th January 2016 at 7.00pm

2. Matters arising from previous minutes
a) Hall Hire and Charges: Agreed to leave the hourly rate unchanged, but to introduce a flat charge for evening events starting at £45, with any additional charge linked to particular requirements. Sheila will modify the hire charge leaflet accordingly.
Action: Shelia Mowatt
b) Refuse Collection: Noted that the wheelie bins had been emptied. Concern that the village hall had been identified as a recycling centre in error by HDC. Carol to contact the council regarding the Village Hall bins not being a recycling centre and to request either an additional bin or larger bins.
Action: Carol Fenwick
c) Yoga: Jane Cluley had offered to start on 9th February with 4 more dates suggested (23rd February, 1st, 8th and 22nd March). However if Zumba was successful there would be a clash. Sheila to contact Jane Cluly about alternative dates and the possibility of running evening sessions.
Action: Sheila Mowatt
d) Communications and engagement: Sheila and Lynn reported on their meeting with Lawrie Hill and Andrew Coulthard - see APPENDIX attached for detailed communications and engagement brief.
Summary of agreed communication and engagement actions:
Draft a communication policy for discussion & agreement with VHC & Key stakeholders taking the 4 following points into consideration (SM/LC)

1. Control & agreement of email circulation lists
2. VHC representation - all communication from the VHC should represent the views of the collective committee and this should be agreed
3. Confidentiality
4. Control of content and context of emails

Adherence to the agreed policy - ALL
Set up an ongoing channel of communication for any feedback/issues - SM/LC
Review of events and their appeal to the wider population - Events Committee
Business plan open afternoon tea; format as presented by Philip and as discussed, to ensure inclusiveness, working together ethos etc- PH
Follow up with Lawrie/Andrew, feedback from meeting & expectations - SM/LC

e) Minutes Secretory: Jenny Price is unable to take on the role. Victoria agreed to ask Laura Aspinall and if unavailable Carol will speak to the Headmaster of Easingwold school.
Action: Victoria Black, Carol Fenwick

4. Business Plan
Philip has circulated the draft plan and feedback notes from the committee. He explained that this was mainly an internal document for the Committee for future planning and management, but would be useful to support grant applications and for regulators An Executive Summary would be prepared when the Business Plan was completed and would be used as a more public facing document. It will also be posted on the village website.
As a final piece of consultation, it was agreed that there would be an open afternoon tea on 31st January 2-4pm to allow villagers to have a say and to see the Village hall's achievements, progress and future plans. Philip to co-ordinate the event. Carol agreed to print the flyers. Action: Philip Hewitson and Carol Fenwick

5. Building (development and maintenance)
a) Landscaping: Jeremy reported that Vertigrow had started work and would be finished within 2/3 days. Philip would write to Barney Smith following up his offer to provide plants for the landscaping. Noted that Anabelle Kennedy has bulbs which were given to her when the hall was re-built and is willing to give them back in time.
Action: Jeremy Walker, Philip Hewitson
b) Hand wash Basin: Position agreed between large fridge and warming cupboard. Agreed to look at a surface mounted wash-handbasin, which might be easier to source. Quotes still awaited.
Action: John Ovenston
c) Warming cupboard: Mick Barker has agreed to make a stainless steel cover for the warming cupboard.
Action: Stephen Barker
d) Bier House: Problems with loose guttering and missing tiles currently being addressed by Stephen and Jeremy. Angie agreed to organise the making of a new hasp.
Action: Stephen Barker, Jeremy Walker, Angela Sibley
e) Maintenance checks: John, Philip and Stephen going to do the next quarterly check and the annual check at the same time. John has completed the schedule for 2016. Jeremy - January, Gila - Feb, John- March, Sheila- April, Angie - May, Carol - June, Debbie- July.
Action: All to note
f) Rainwater harvesting tank: John to approach Freewater and Tom Willoughby for other quotes.
Action: John Ovenston
g) Superfast Broadband: Agreed that John to Approach BT for Superfast Broadband at the village hall.
Action: John Ovenston

6. Fundraising
Debbie has confirmed that the Awards for all application has provided a grant of £8,202 to cover the cost of the ventilation scheme. Agreed that John to progress the installation.
Action: Debbie Lewis-Green, John Ovenston

7. Parish Council
Meeting to be held following week, nothing to report.

8. Youth Club
Noted that kids had been jumping out through the Committee Room windows as a game. Stephen to ensure the Committee Room is locked during youth club meetings and supervised activities confined to the main hall.
Action: Stephen Barker

9. Coming events and Diary bookings
Easingwold players- 12th January (every Tuesday for the whole of January with possibility of extending into February)
Table tennis- 17th January
Burns Supper- 23rd January
Murder mystery- 27th February
Bookings through to June with 1 planned event per month. Zoe Cooper has confirmed with Debbie that an equestrian sale should be successful and popular.
Action: Sheila Mowatt, Debbie Lewis-Green

10 AOB
Salt Bin- John has this in hand and when ready it will be put out.
Action: John Ovenston
Digital Skills Course: 11 confirmed to take part in the sessions which will last for 6 weeks.
Community Awards: Noted the nominations for the Community Awards
Action: Sheila Mowatt

APPENDIX
Communication & Engagement
At the last meeting Sheila & Lynn volunteered to pick up the issue of communication and engagement; mainly due to concerns raised over recent email exchanges and the need to agree a structured communication policy. Subsequent to raising the issue, both Lawrie & Andrew have formally written to the VHC with their concerns which gave a good basis for discussion. Sheila & Lynn met with Lawrie, Andrew and Mary (for part) on Sunday 10th January to listen to their concerns and plan a way forward.

Lynn & Sheila felt it was a very constructive discussion specifically on;
- specific actions to take us forward in terms of a clear communications "do's & don'ts"
- an offer on both sides to keep an ongoing dialogue especially when issues arise
- recognition of issues within some members of the community that don't actively support the VH
- recognition that there is a wider population we still don't reach or attract to events (this will be dealt with as part of a longer term plan)

Overall conclusion;
- A small but important step taken to improve relations and communications in an attempt to help the future success of the VH and its perception to a broader population.
- Implementing a communication policy that we agree and adhere to is relatively easy but doesn't fix everything
- A significant factor is previous interactions and behaviours between individuals. This was the greater part of the discussion and will take time and effort to resolve from both sides which we are committed to support and continue.