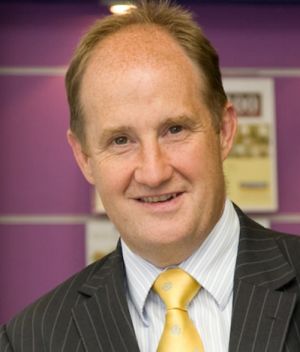 Ian Harper posed a question regarding 'Fracking' to our local MP, Kevin Hollinrake and his response is immediately below: ( the original question is after kevin's response )

"Any proposal to hydraulically fracture for shale gas must be shown to be safe and discreet. Should North Yorkshire County Council approve the application, I will work to ensure that there is no significant impact on the lives and livelihoods of people in this area.

We need to make sure that the regulations are strong, and are monitored independently. In the meeting, it was agreed that Third Energy would allow the Environment Agency to supervise an independent contractor responsible for the monitoring of air and water quality throughout the whole process. This is a significant addition to the current regulations for shale gas exploration. I feel it is very important that the process is safe and is seen to be safe.

You may be aware of the Wytch Farm site in Dorset where a form of fracking has been taking place for decades. I do accept that there are differences between the processes used at Wytch Farm and that of hydraulic fracturing but it does illustrate how exploration can be carried out safely and discreetly http://www.telegraph.co.uk/news/earth/earthnews/10233955/The-town-where-a-form-of-fracking-is-already-happening.html

Shale gas exploration can provide the UK with greater energy security, help keep prices down and support efforts to tackle climate change as emissions from natural gas are around 50% lower than from coal. I agree that we need regulations and supervision in place to ensure safe and responsible exploration, protecting the public and the environment.

Companies must get planning permission and environmental permits, pass scrutiny by the Health and Safety Executive, get the Energy Department's consent, have an Environmental Impact Assessment, and 12 months of monitoring before they can drill. They are also required to use the best available technologies to monitor and minimise the emissions from producing shale gas. On top of that we are committing to an outright ban on fracking in National Parks, Areas of Outstanding Natural Beauty, and Sites of Special Scientific Interest.

Like you, many local residents also have worries about the potential industrialisation of the countryside and the impact on the economy, tourism, farming and their quiet enjoyment of this beautiful area. Third Energy today made a commitment that drilling sites need to be around 6 miles apart as a minimum and that each site needs to be no more than a few hectares in size. I would absolutely hold them to account for these commitments.

I have recently met with Ministers from the Department of Energy and Climate Change to discuss these matters and my serious concerns for the health and wellbeing of local residents and the impact on our local countryside. I also held a debate on the matter in parliament, here is the link to the debate http://www.publications.parliament.uk/pa/cm201516/cmhansrd/cm150630/halltext/150630h0001.htm

I agree that man-made climate change is one of the most serious threats that this country and this world faces and that we need to also invest in renewables and energy efficiency. The Government is taking significant action already including investing in low-carbon, energy efficiency and green energy. Our energy market reforms will attract up to ￡110 billion of investment in clean, low-carbon energy, supporting up to 250,000 jobs. We are also supporting carbon capture technologies with a ￡1 billion investment and guaranteeing investment in a nuclear power plant at Hinkley Point C. In addition to this, ￡3 billion of Government funding will go towards the creation of the world's first Green Investment Bank. The bank will fund projects from offshore wind farms to measures to help industries reduce the amount of energy they use.

We are also helping people make their homes more energy efficient that will help to reduce emissions as well as families' energy bills. We have achieved this by introducing the Green Deal Communities scheme. These schemes fund local authorities, that work with community groups, helping them introduce green measures across streets. 403,000 homes were made more energy efficient in 2013 because of the Energy Company Obligation and Green Deal.

In summary, I believe any shale gas exploration must respect and not significantly disadvantage the local economy or the quiet enjoyment we have of our countryside. Planning policy requires an assessment of the cumulative impact of any applications. We need to ensure that this means that there will not be an industrialisation of the countryside from drilling operations or truck movements. I am very keen to see independent monitoring of water and air quality. I am not comfortable with a producer ‘trust us' approach, particularly at this early stage, and have made that point repeatedly to Third Energy and will continue to do so, and of course, to those Ministers responsible."

Point 1: The nature of fracking chemicals

On your website you say in respect of fracking: "Fracking fluid, a water-and-sand mixture that may also include non-hazardous chemicals, is used as part of the process."

However, I would like to suggest that it is not the case that these chemicals are non-harzardous and I would urge you ask questions of the Vale of Pickering fracking contractors and also to raise this information in Parliament to bring it to wider public attention.

When asked about the nature of the chemicals used, the fracking companies largely avoid giving details of their actual composition, either on the grounds that they are a proprietary secret, that they are non toxic, or both.

However, there is growing evidence that these chemicals are extremely toxic. In fact, the 24 chemicals that the fracking industry most commonly use have been tested and found to contain endocrine disruptors which are associated with infertility, cancer and birth defects.

For your information, I have reproduced in full at the bottom of this email a press release published in June 2014 at the joint meeting of the International Society of Endocrinology and the Endocrine Society. Titled: ‘Hormone-disrupting activity of fracking chemicals worse than initially found', the source document can be accessed at: http://www.eurekalert.org/pub_releases/2014-06/tes-hao062214.php

Further to this, a study published in March this year in the Endocrine Society's Journal of Clinical Endocrinology and Metabolism says that the health costs to European countries of exposure to endocrine disruptors at between €157bn-€270bn (£113bn-£195bn), or at least 1.23% of the continent's GDP.

This study is reported here: http://www.theguardian.com/environment/2015/mar/06/health-costs-hormone-disrupting-chemicals-150bn-a-year-europe-says-study.

You also make the point on your website: "Natural Gas produces 50% less greenhouse gas emissions than coal and can help us meet our climate change targets more quickly and cheaply."

It may well be true that the carbon emissions from using methane as an energy source are less than those associated with coal and oil. It is for this reason that methane or natural gas is frequently called a ‘transition' fuel.

It may also be true that we are still some way from a situation where ‘clean' and renewable energy can meet all or most of our energy needs, though how far is a matter of debate. However, renewables have developed enormously in recent years and that the cost of solar electricity is now at grid parity with fossil fuel generation in many countries.

The imminent arrival of solar electric technologies such as flat film promise to bring about parity even in the northern European countries in the next few years.

What we also need to consider though is that renewable energy would probably advance even more rapidly if it received the same level of subsidies as enjoyed by fossil fuels. Please let me draw your attention to the work of the International Monetary Fund (IMF) - http://www.imf.org/external/np/fad/subsidies/ - which urges policymakers the world over to reform subsidies for products from coal to gasoline, arguing that this could translate into major gains both for economic growth and the environment.

Again, I would urge you to raise the IMF studies in Parliament and to make the point that such subsidies are, as far as the UK is concerned, diverted into renewable energy research & development.

Point 3: The economic benefits of decarbonising the economy are huge

Work published on 13 July 2015 by the London School of Economics and the Grantham Research Institute on Climate Change and the Environment illustrates that countries will benefit economically from almost all of the actions needed to limit global warming to no more than 2°C above pre-industrial levels.

In other words, if we're looking to stimulate economic growth, create high value ‘knowledge economy'-style jobs, then it appears to make senses to act to decarbonise the economy by (a) backing renewable energy generation systems including the implementation of smart electricity grids, and (b) supporting measures to reduce and conserve the use of energy wherever possible, for example in the built environment by implementing improved building energy efficiency standards.

The LSE-Grantham work is supported by a recent report from the Global Commission on the Economy and Climate (an international initiative to analyse and communicate the economic benefits and costs of acting on climate change) identifies 10 key economic opportunities that could close up to 96 percent of the gap between business-as-usual emissions and the level needed to limit dangerous climate change.

The nature of fracking chemicals

CHICAGO, IL--Many chemicals used in hydraulic fracturing, or fracking, can disrupt not only the human body's reproductive hormones but also the glucocorticoid and thyroid hormone receptors, which are necessary to maintain good health, a new study finds. The results were presented Monday at the joint meeting of the International Society of Endocrinology and the Endocrine Society: ICE/ENDO 2014 in Chicago.

"Among the chemicals that the fracking industry has reported using most often, all 24 that we have tested block the activity of one or more important hormone receptors," said the study's presenting author, Christopher Kassotis, a PhD student at the University of Missouri, Columbia. "The high levels of hormone disruption by endocrine-disrupting chemicals (EDCs) that we measured, have been associated with many poor health outcomes, such as infertility, cancer and birth defects."

Hydraulic fracturing is the process of injecting numerous chemicals and millions of gallons of water deep underground under high pressure to fracture hard rock and release trapped natural gas and oil. Kassotis said spills of wastewater could contaminate surface and ground water.

In earlier research, this group found that water samples collected from sites with documented fracking spills in Garfield County, Colorado, had moderate to high levels of EDC activity that mimicked or blocked the effects of the female hormones (estrogens) and the male hormones (androgens) in human cells. However, water in areas away from these gas-drilling sites showed little EDC activity on these two reproductive hormones.

The new study extended the analysis to learn whether high-use fracking chemicals changed other key hormone receptors besides the estrogen and androgen receptors. (Receptors are proteins in cells that the hormone binds to in order to perform its function.) Specifically, the researchers also looked at the receptor for a female reproductive hormone, progesterone, as well as those for glucocorticoid--a hormone important to the immune system, which also plays a role in reproduction and fertility--and for thyroid hormone. The latter hormone helps control metabolism, normal brain development and other functions needed for good health.

Among 24 common fracking chemicals that Kassotis and his colleagues repeatedly tested for EDC activity in human cells, 20 blocked the estrogen receptor, preventing estrogen from binding to the receptor and being able to have its natural biological response, he reported. In addition, 17 chemicals inhibited the androgen receptor, 10 hindered the progesterone receptor, 10 blocked the glucocorticoid receptor and 7 inhibited the thyroid hormone receptor.

"We don't know what the adverse health consequences might be in humans and animals exposed to these chemicals," Kassotis said, "but infants and children would be most vulnerable because they are smaller, and infants lack the ability to break down these chemicals."

This study received funding from the Passport Foundation Science Innovation Fund, the University of Missouri, and from the Environmental Protection Agency, through a STAR predoctoral fellowship awarded to Kassotis.