Floating To The Fringe 2015 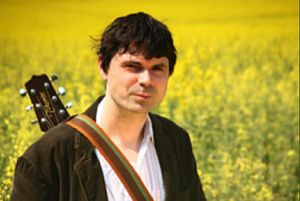 Here is a terrific opportunity to hear some live music at The Hideaway.

Singer-songwriter Paul Thompson is embarking on an epic musical journey.

Performing his latest CD ‘Lost in the Land of Midnight Sun' and running song writing workshops at inspiring locations, the musical milk float will be travelling at a top speed of 15mph as far north as the Outer Hebrides, finishing 12 weeks later at the Edinburgh Fringe. Catch him if you can. 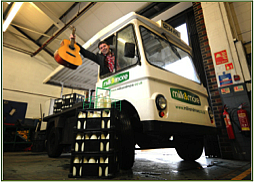 Live Music Round the Camp Fire...
"Leave the world-weary cynicism to one side for an hour and fly above it all with a true romantic."
- Acoustic Magazine