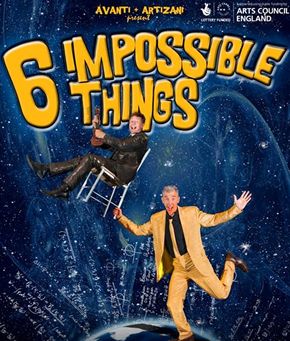 Featuring conjuring, acrobatics, live music and a finale not to be forgotten. 6 Impossible Things is a hilarious variety show about six impossible things.

"The three Grimshaws were at the top of their game. That was, of course, until Maureen disappeared........" Despite secrets, guilt, disastrous gigs and a love triangle gone wrong, the show must go on! A comedy spectacular for all the family.