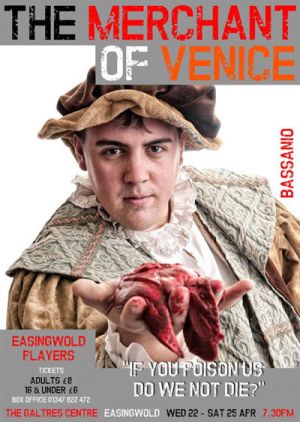 Easingwold Players' first venture into Shakespeare is directed by Husthwaite villager Richard Wood. It's the first EPs production for several years without a Husthwaite cast member, but many of you know Phil Grainger (pictured), Magic Wonerphil of Gobbledegook Theatre and star of more than one Husthwaite pantomime.

The Merchant of Venice is best known for the character of Shylock and his demand for a pound of the merchant's flesh. It is a play with dramatic scenes and strong characters. It is a story of love, intrigue and comedy, tiptoeing to the very edge of dark tragedy.