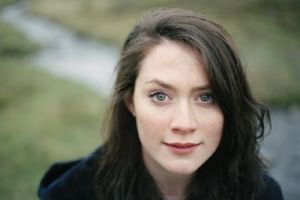 Rachel Sermanni is returning to Husthwaite - Friday 27th February in the Village Hall.

Folk-Noir balladeer Rachel Sermanni is on the road again, anticipating the release of her new studio Album, Tied To The Moon.

‘Tied to the Moon' features songs that channel spirits of all ages and archetypes, weaving images of childhood, womanhood, of instinct and inhibition. An indefinable mix of songs and music reminiscent of classics such as Eva Cassidy & Joni Mitchell, with quirks of Bjork, Tom Waits, PJ Harvey and of course a hint of the traditional music that continues to inspire Rachel.

Rachel, age 23, has toured extensively across the world since 2011 making her a young veteran on the gig circuit. In the past 4 years she has appeared, in the UK, Canada, USA, Australia, Iceland and across Europe, making appearances at some of the most revered festivals on the planet including Greenman, Cambridge Folk Fest, Orkney Folk Fest, Belladrum, T In the Park, Wickerman, Deershed, Loopallu, Calgary Folk Fest, CMW, Dawson City Music festival, Interstellar Rodeo, Vancouver Folk Fest and the Woodford Folk Fest and Iceland Airwaves.
Rachel Sermanni is well respected around the globe as a top notch singer and songwriter and known for her ability to captivate and inspire audiences. Rachel brought in 2014 singing a traditional Scottish folk song to a silent, candlelit crowd of over 10,000 people last year at The Woodford Folk Festival. Over the years she has supported many marvels including John Grant, Fink, KT Tunstall, Stornoway, Rumer, Mumford and Sons, Ron Sexsmith and Elvis Costello.

Rachel Sermanni has an impressive musical and professional resume that includes trips to Jordan and India to study and teach traditional music, a swath of EP's recorded all over the world, and two full length albums, including one live album that was recorded at Dawson City Music Festival. Her newest release, Tied To The Moon, was recorded in the Highlands of Scotland and sees Rachel digging deep and offering a darker and more rhythmic flavour of poetry and music.
Those of you who came to her last concert in the old Village Hall at Husthwaite will remember what a fantastic, intimate evening it was and Rachel is really looking forward to seeing us all again. She is touring with Canadian Singer/Songwriter Tom Terrell, who will also be accompanying Rachel onstage. Support is provided by local stars Gobbledigook (that's Phil Grainger and fellow musicians).
Tickets are priced at £9 each. Please email asnixon@btconnect.com