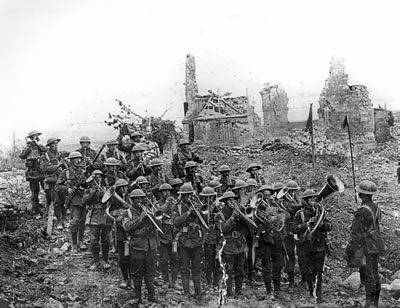 Talk by Guy Wilson illustrated by recorded musical excerpts, live singing with contributions from the Phoenix Choir, and readings. The evening will be in two halves with a break for refreshments included in the entry fee of £5.

"The Wailes family from Husthwaite"

This book charts the life of a family who lived in the village for at least four centuries. The Wailes first appeared as yeoman farmers in the late 16th century. By the mid 18th century they began to diversify into other professions such as law and later engineering and the army, taking some of them away from the area. However, by the 19th century, many of the family had returned to live or visit Husthwaite. The last member to live in the village, Marjorie Eteson Rowe (née Wailes), died in 1976.

One of the earliest buildings occupied by a Wailes was Lodge Farm which was successively handed on to members of the family, ultimately being farmed by tenants. In the mid 19th century, the family built Beacon Banks in a prominent position above the village. At the turn of the 19th century, this large house was inhabited by other families, all of interesting backgrounds, all from Northumberland - their lives are also described. For hundreds of years the Wailes also occupied or owned many other houses in the village, including those now known as the White House and The Old Stores.

The research for this book was greatly assisted by previous publications by Stuart Marriott into the houses of the village and and Annie Richardson's book about the field systems in the village. Jane Collard provided a timeline for each century highlighting events of both national and local importance.

This book isn't just about the many Wailes characters who played a significant part in village life over many centuries, but also gives a picture of how life in a Yorkshire village changed over the last 400 years. It also provides a good illustration of the amount of information now available to those researching their ancestors - much of this now being accessible at home from websites.

Find My Past (Husthwaite style)

If anyone in the village is interested in finding out more about their local ancestors or who lived in their old houses please get in touch with the history group, who are considering setting up a small scale search facility on a regular basis - not quite on the scale of "Find My Past" but much inspired by it!