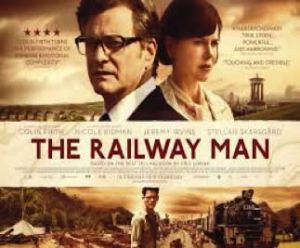 Based on a true story and bestselling autobiography of Eric Lomax, The Railway Man is a haunting and inspiring tale of heroism and redemption.
A former British Army officer (Colin Firth), who was tormented as a prisoner of war at a Japanese labour camp during World War II, discovers that the man responsible for much of his treatment is still alive. With the support of his wife (Nicole Kidman) he sets out to confront him and finally let go of the hatred he has felt throughout his life.
In Husthwaite Village Hall at 7.30pm, Bar open from 7pm. Entrance only £2 or free to members.
The Film Club meets the 3rd Wednesday of each Month....