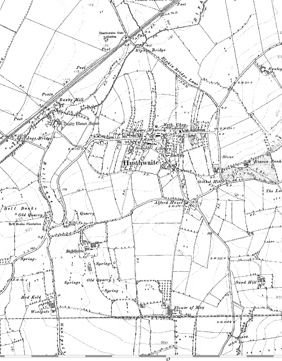 This book by Annie Richardson details the evolution of field systems and settlement in Husthwaite, North Yorkshire, from the Saxon period to enclosure

This work began as research into the seventeenth-century field systems of Husthwaite, undertaken at the North Yorkshire County Records Office. The structure of the field system of the early 1600's was achieved by close examination of Husthwaite's court roll of the seventeenth, eighteenth and nineteenth centuries; using the court roll as the principal research tool is an innovative method which has proved to be invaluable in determining field morphology and evolution.
The book traces the development of agriculture from the 5th century to complete enclosure in the 18th century, and describes the effect the changing field systems had on the settlement of Husthwaite. Maps, field-names, and the derivations of field-names are included.
For this work Annie was awarded a Masters (by Research) at York University.

The book is available on Amazon for £16