From a bog to a Recreation Area 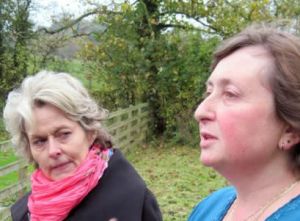 At the beginning of 2008 Husthwaite Recreation Area was just a boggy field that had been bought by Hambleton District Council and leased to Husthwaite Parish Council as recreational land. A phased development started in February 2008 with the Woodland & Wildlife Area funded by Hambleton District Council Carbon Reduction Grant Scheme. Then after a successful application to The Peoples Millions, a grants programme run by The Big Lottery in partnership with ITV, the Multi Use Games Area was completed in July 2009 with additional monies received from Hambleton District Council Community Grant Scheme and NYCC Hambleton Area Committee. In 2010 the Grass Play Area & Young Children's Play Area was installed which was primarily funded by the Leader North York Moors Coast & Hills programme with additional help from Hambleton District Council Community Grant Scheme. Then significant funding from the Community Spaces Programme, managed by Groundwork UK, as an Award Partner to the Big Lottery Fund enabled the completion of an Adventure Area & Fitness Trail in 2011. Subsequent grants from The Big Lottery Fund Awards For All programme facilitated the erection of the Pavillion / Store in 2012 and the improvements to the Access Track in 2013. Finally funding for the recently installed Outdoor Gym Equipment has been made available through the Rural Development Programme for England which is jointly funded by DEFRA and the European Union.
On Saturday 2nd November approximately 50 villagers attended a Community Fun Day & Picnic to celebrate the completion of Husthwaite Recreation Area.
The rain held off until after Anne McIntosh MP had officially opened the new facilities and those attending had enjoyed a sizable picnic lunch. Children were entertained by Professor Daniel Slater (magician) and most also completed a Magical Treasure Hunt Orienteering Game and tried their luck at Apple Bobbing. In addition prizes of sports equipment were given to those who attended wearing Halloween Fancy Dress and the winners of the Shoot the Hoop and Beat the Goalie competitions. The whole event was funded by a Community Spaces - Celebrate Your Space Grant managed by Groundwork UK, as an Award Partner to the Big Lottery Fund.
Anne